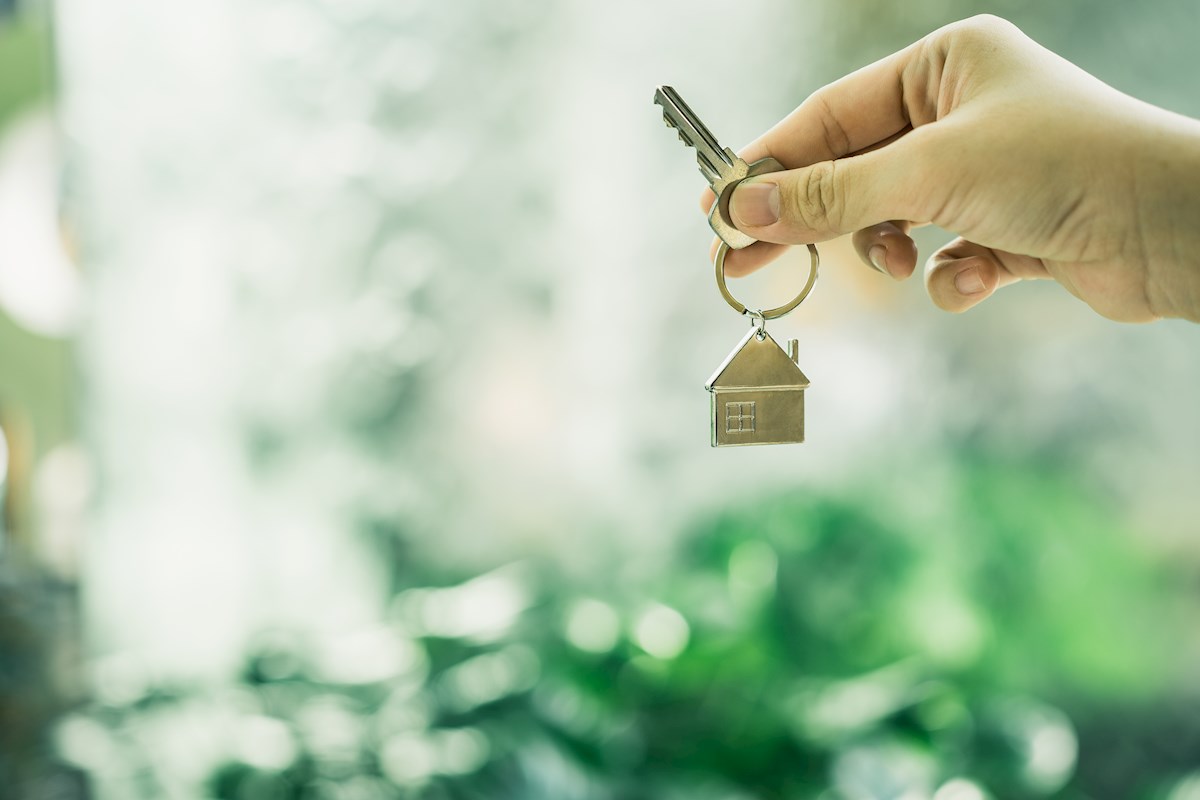 Based on a proven national model, the Housing First Rhode Island program was established by Thrive’s Riverwood division in 2005 to provide housing access, scattered site supportive housing, human services, and professional services to individuals who are impacted by chronic homelessness. While the program is based in Providence, it provides services to the chronically homeless population throughout Rhode Island.

Housing First Rhode Island provides supportive housing services to individuals who are chronically homeless and have co-occurring or multiple conditions such a mental illness, substance use issues, medical issues, criminal justice involvement, or have been impacted by a traumatic event.

The United States has historically taken a backwards approach to assisting individuals who face chronic homelessness. To qualify for housing, one had to be “housing ready”. People have traditionally been forced to undergo psychiatric evaluations, participate in drug rehabilitation programs, and secure mandated mental health services. If an individual accepted these conditions and enrolled in their required programs, only then would they qualify for heavily subsidized housing. A tenant could remain housed only by staying sober and remaining mentally stable.

This model continually failed to yield positive results because relatively few chronically homeless people completed the work required to be housed. Those who managed to fulfill their required programs often could not stay clean or mentally sound enough to remain in housing. With the old system, individuals were frequently kicked out of their residences only to become, once again, homeless.

In 1992, Dr. Sam Tsemberis, a psychologist at New York University, reversed this model. After spending years working with people who experienced homelessness or a mental illness, he introduced a new theory: housing in and of itself can stabilize people. He developed the “Housing First” program, which provided individuals with serious mental illness suffering from chronic homelessness with a place to live, on a permanent basis, without requiring them to participate in substance abuse treatment or mental health programs. While sobriety is encouraged among program participants, Tsemberis believes that abstinence should be a client’s goal, not serving as his or her barrier to entry.

The Housing First model has been tremendously successful; once people secure housing, most manage to keep it. In the first year, program participants were homeless 99 fewer days than the control group. This success rate was replicated during all four years of the study. The Housing First model also proved to be tremendously cost effective; once individuals were housed, psychiatric hospital stays considerably reduced. With such positive results, the model was replicated throughout the United States, Canada, and Europe.

Since the launch of Housing First, Thrive adapted its service arrays to accommodate any new client needs that were brought to light. Its program principles have remained the same: to house people as quickly as possible, with as few requirements as possible, while educating them on the resources they can access when they are ready to do so.

First, Housing First is predicated on the concept that establishing stability in the life of a chronically homeless person is best achieved when they are quickly placed in permanent supportive housing. Once housing is secured, evidenced-based research has proven that individuals are more likely to obtain services, be receptive to mental health and substance abuse counseling, and be motivated to affect positive change in their lives.

Second, a person does not have to be “housing ready” to gain access to a residence, meaning they do not need to be sober and substance-free, or in treatment. To qualify, tenants must only conform to the requirements of a standard lease, pay a portion of their income towards rent, and allow a case manager to check on their housing status at least monthly.

Third, while it is not mandatory for a program participant to utilize behavioral health services or substance abuse treatment, a multidisciplinary team is poised to coordinate any services that a tenant wishes to access. Providing clients with the ability to choose the services they require, when they are ready to acquire them, has been instrumental in the Housing First’s success.

When Housing First participants are given access to safe and affordable housing, many additional human benefits begin to unfold as a natural result of having a home. Once settled, most participants begin accessing medical and dental care, mental health services, and substance abuse treatment. There have also been many cases of intensive social growth and family reunifications among Thrive’s tenants. In nearly every instance, residents have been truly appreciative of the opportunity they have been given through the Housing First program.

Thrive has successfully housed some of Rhode Island’s most vulnerable citizens. Its record speaks for itself: after one year, 87% of people placed in its Housing First Rhode Island program remained housed. Retention rates after two years was 83%, and 80% of program participants remained housed after three years. Every dollar spent to eliminate chronic homelessness results in an overall cost savings of approximately 33 cents; a return on investment of 33%.

"The Housing First RI program has helped me to budget my money, so I am not always running out and the nursing team is always there for me. I love how they med pack my medications to help me remember what I need to take. Working with the team I was able to reconnect with my children and it's been wonderful. I am very grateful for all that Thrive and Housing First RI has provided for me."
-Client, Housing First RI