From Hell to Hope: One man's journey from opiate addiction to recovery through state prison's pioneering treatment program.

By G. Wayne Miller of The Providence Journal 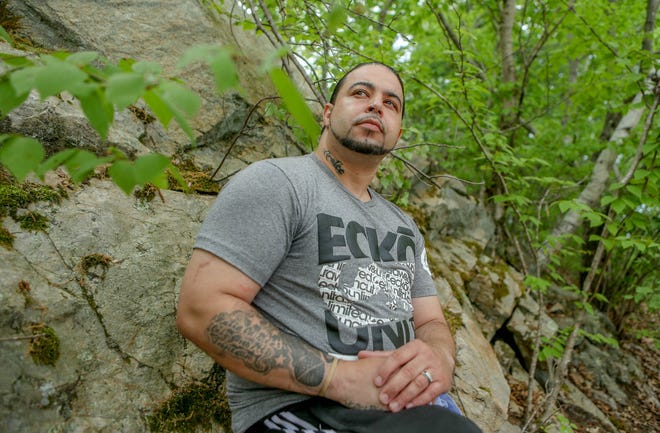 WARWICK — Anthony Perito, 39, says he was in elementary school when he started using drugs. “I was a big fan of Fred Flintstones chewables,” the multivitamin supplement for children, he said. “My friend kind of tricked me into it. He gave me an ecstasy tablet that was shaped like Fred Flintstone.”
A street drug, ecstasy is a psychoactive substance that alters mood, increases energy, and can have hallucinogenic effects. In the neighborhood of Taunton, Massachusetts, where Perito grew up, it was but one of many illicit drugs that were easily available.
“From there, I went to acid and marijuana,” Perito said. He began selling drugs, too, and as he grew older, he began using opioids, including Percocet, a drug that includes the painkiller oxycodone.Perito found employment, fathered several children and moved to Rhode Island — but he was addicted, the painful prospect of withdrawal keeping him hooked. 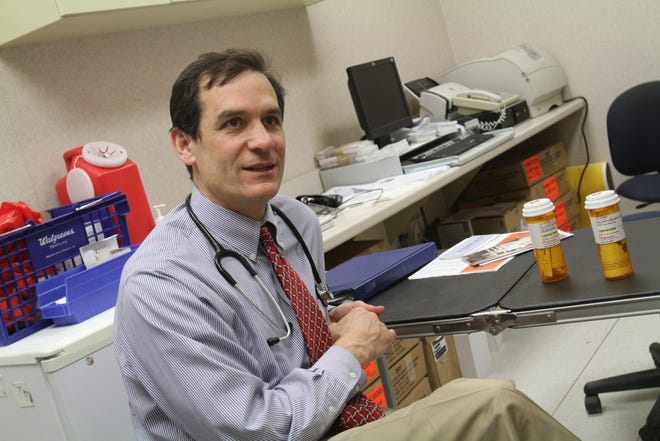 “About the most god-awful feeling you can imagine,” is how nationally renowned addiction specialist Dr. Josiah D. “Jody” Rich, of Miriam Hospital and Brown University’s Alpert Medical School, describes withdrawal. “Opiates, once you’re on them, physically you need them,” Perito said. “I’d try to get off for two or three days and I’d end up sweating — my bones aching, my body aching, my muscles aching.”
So he kept using, during years when his addiction was a factor in repeated arrests and prison time for crimes including marijuana possession, shoplifting and domestic assault.“As soon as I got out of work, I was not even trying to go home,” he said. “I was trying to find somebody to get drugs off of because at that point in time, I wasn’t going to make it through the rest of the day without them.”
Perito’s life changed in the fall of 2018, when he was incarcerated at the Adult Correctional Institutions. That’s where he enrolled in a pioneering program created by Rich and others that provides medication-assisted treatment for addicts during incarceration — continuing, critically, after their release back into the community.
Nearly three years later, Perito remains off illicit drugs. He is employed and, he says, close to his young children. He shares his story, he asserts, in hopes of helping others.

Perito spoke with The Journal during an interview at a Thrive Behavioral Health center on Health Lane, near Kent Hospital. Thrive and CODAC Behavioral Healthcare, a statewide provider of addiction treatment and services, are partnering on a program to expand medication-assisted treatment in Kent County. The CODAC component is called CODAC Health Lane.It comes during a period of severe crisis.According to the Rhode Island Department of Health, there were 384 accidental drug overdose deaths in the state in 2020, more than any year on record to date, the department says. Data current as of June 3 indicates 100 such deaths this year.
The national picture is equally bleak. In a December report, the CDC wrote that “over 81,000 drug overdose deaths occurred in the United States in the 12 months ending in May 2020, the highest number of overdose deaths ever recorded in a 12-month period."
The agency wrote that overdose deaths were already increasing before COVID-19 hit, but the latest numbers suggest that the trend accelerated during the pandemic. The cutting of illicit drugs with fentanyl is seen as a major contributing factor nationally and in Rhode Island.

Perito is intimately familiar with this: unbeknownst to him, a dose of Percocet he bought one time on the street was laced with fentanyl, and but for the prompt response of EMTs, he said he might have become a statistic. He remembers many who did. “I’ve had a lot of people in my life that have been addicted to drugs,” Perito said, “and during this fentanyl epidemic, like just about every other week somebody’s died, whether it was my mom’s lifelong friend, or my uncle's lifelong friend, or a friend of mine, a friend of my sister's, a family member. It got to the point where I couldn’t even go to services anymore.”
Perito daily takes buprenorphine, sold under the brand name Suboxone, one of three medications the FDA has approved for treatment of Opioid Use Disorder (the others are methadone and naltrexone, sold as Vivitrol).
He also relies on a therapist, Jaimie Guiterrez, who is the program director at CODAC Health Lane. Listening and talking during counseling are key, he said. “You can’t hold back. If you hold back, it’s just like being an addict.”

Joining Perito for the interview was Linda Hurley, CODAC president and CEO. She described opioid addiction not as a moral failure or character flaw but as a disease, recognized as such by leading organizations, including the federal Substance Abuse and Mental Health Services Administration and the American Society of Addiction Medicine, which gives this definition: “Addiction is a treatable, chronic medical disease involving complex interactions among brain circuits, genetics, the environment, and an individual’s life experiences. People with addiction use substances or engage in behaviors that become compulsive and often continue despite harmful consequences.” 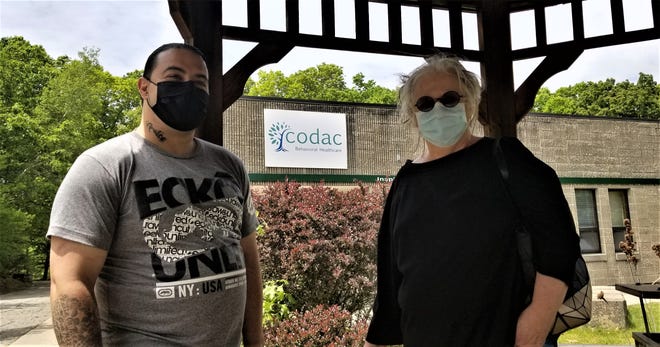 Said Hurley: “We have always been as a society remarkably critical of diseases of the brain. For some reason, [some believe] a disease of the brain is something that we should manage on our own. The whole thing about stoicism.”Free will at some point may be involved, Hurley said, but eventually the opioid overwhelms.
“There's a choice in the beginning, somewhere along the line,” Hurley said. “When it's medication for pain, it's a choice most people would make. Other times people use it recreationally. And then there is just one day that it's not a choice anymore and that's when the disease begins.” 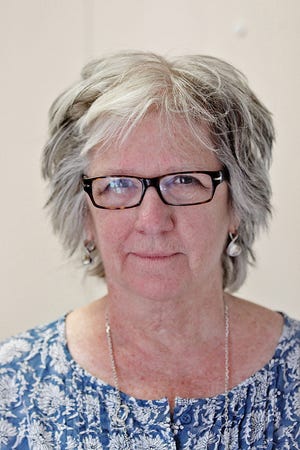